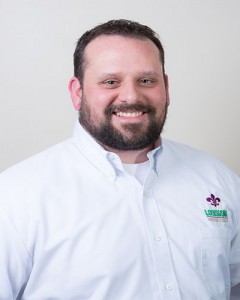 Aside from being the VP of Sales and Operations, Jeffrey is also one of the principals of the company. His career in the motor coach industry began in 2001 as a bus washer and shop helper at his grandfather’s company. As the years progressed, so did his skill set. He acquired his CDL while working in the office part-time and eventually took over dispatching, where his talent for sales and operations was discovered.

“I learned from one of the best,” he exclaims in referencing his father, Louis Sanders. “I have learned this business from the ground up. It really is impressive to listen to how he goes about selling our product and our brand.”

A devoted family man, he enjoys spending time with his family and entertaining friends. Though he is married with two children, he still finds the time to balance work and home life, despite such a demanding schedule.

Louis B. Sanders
Scroll to top