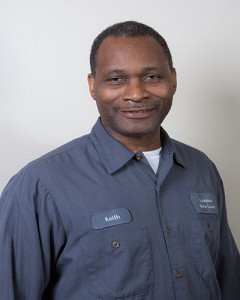 Keith began his career in the motor coach industry in 1987 and joined the team in February of 2012. However, before his career in the motor coach industry, he worked for NASA as an electrical systems analyzer on a space shuttle external fuel tank at the Michoud Assembly Facility. After working with NASA for almost five years, he decided a change was needed and began working for a local bus company as a bus washer. Within the first year, he went from bus washer to mechanic and then supervising the maintenance shop on the evening shift.

“As soon as Keith joined us, it was clear he would fit in very well with the whole Louisiana Motor Coach team because of his belief that customer service and safety are always the top priority,” Louis Sanders said.

Keith enjoys working in such a close family environment such as it is at LMC and can be found easily by his constant smile.

Ryan B. Sanders
Scroll to top